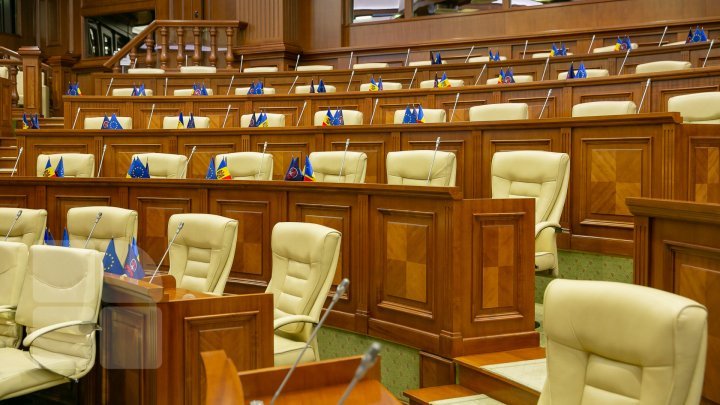 The blogger Corneliu Gandrabur calls for boycott. He appealed for help from unionists to reject the Socialist Zinaida Greceanii from the Parliament's speaker function.

'Appeal to the unionist deputies of PAS and DA:Maria Ciobanu, Lilian Carp, Octavian Țâcu, Iurie Reniță, Petru Frunze, Dinu Plângău, etc.DO NOT enter the voting cabin to elect as the Parliament speaker the woman who threatened us in 2009 with open fire if we rally', wrote Gandrabur on Facebook. 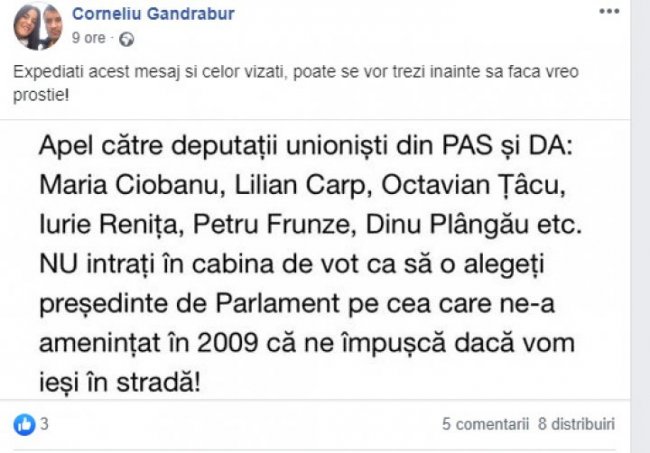 In the yesterday's evening, PAS decided to offer PSRM the Parliament's speaker function to create a governmental alliance. According to PAS-PPDA, this function belonged to Andrei Nastase.

Subsequently, Maia Sandu went to a private TV talk-show, where PPDA deputy, Maria Ciobanu, asked PAS leader, Maia Sandu how can she vote for Zinaida Greceanii, the woman who threatened with open fire the young people at the April 7, 2009 rally.

'Maria Ciobanu will decide what she has to do', answered Sandu.