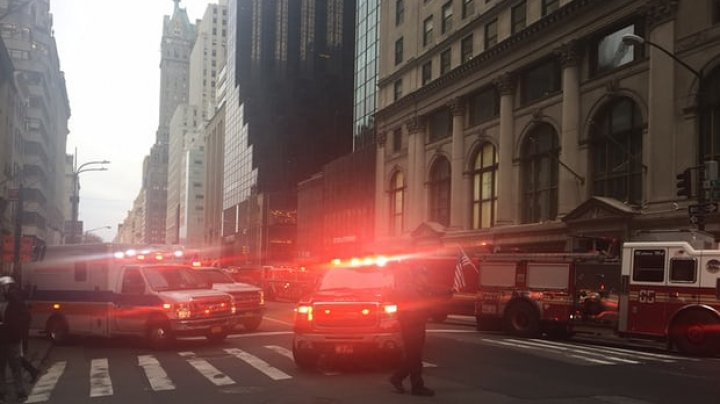 One man has died and four firefighters injured after a four-alarm fire broke out on the 50th floor of Trump Tower in New York City on Saturday evening.

The victim, 67, was found unresponsive and unconscious in the apartment and was pronounced dead at an area hospital, police said.

Fire officials have not yet released a suspected cause of the blaze, adding no member of the Trump family was in the building at the time.

“This was a very difficult fire. As you can imagine, the apartment is quite large, we are 50 stories up. The rest of the building had a considerable amount of smoke,” the fire commissioner, Daniel Nigro, said on Twitter.

The skyscraper was the primary residence of Donald Trump before he was elected president in 2016. Trump was in Washington.

The president tweeted: “Fire at Trump Tower is out. Very confined (well built building). Firemen (and women) did a great job. THANK YOU!”

Eric Trump, the president’s son, tweeted: “Thank you to the amazing men and women of the NYFD [sic] who extinguished a fire in a residential apartment.”

In January, three people suffered non-life-threatening injuries when a small firebroke out in apparatus on top of the skyscraper, which stands at East 57th Street and Fifth Avenue in midtown Manhattan.