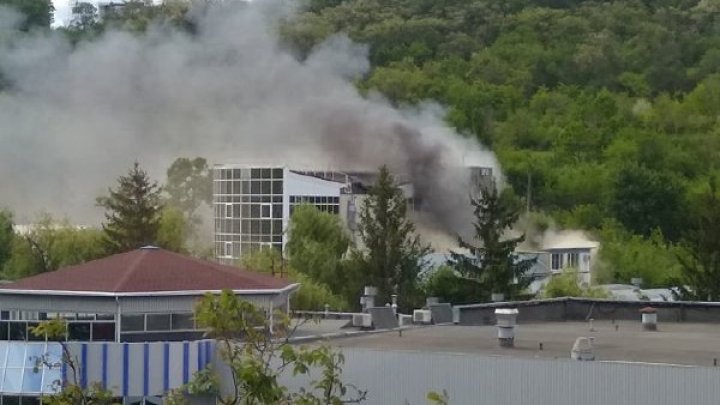 A huge fire broke out in Chisinau right behind the Sorting Center at Moldexpo. The roof of a nearby warehouse caught fire.

Nine trucks with firemen arrived on scene to fight the fire.

The information was confirmed for Publika TV by the press officer of the General Inspectorate for Emergency Situations, Liliana Puşcaşu.

"The 112 Emergency Service received an alert at 9:53. According to the preliminary information, this is a furniture warehouse".

She told us it remained unclear the cause of the incident.