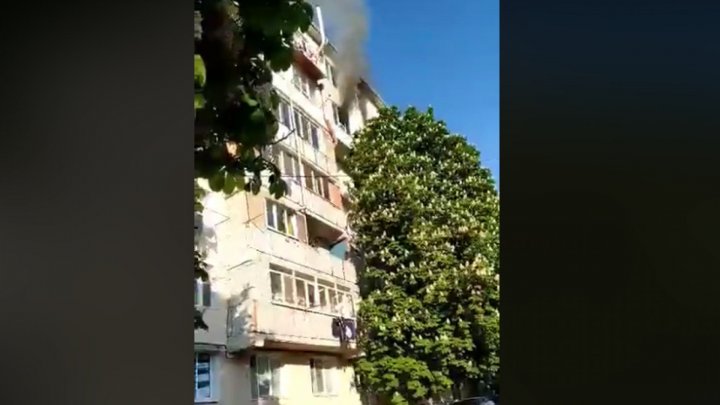 A blaze just started in an apartment on Suceviţa street in Buiucani sector at around 7:00. Three fire trucks and an ambulance are present at the scene.

"Fire caught from goods in an apartment on the fifth floor. The firemen have evacuated 20 persons including children. Fortunately, nobody has suffered in this incident", said IGSU spokeswoman Liliana Puşcaşu in an interview with PUBLIKA.MD.

A neighbor immediately called emergency service 112 after noticing the fire.

"Walking in the area, I notice the flames spreading from a window and called 112", confirmed the witness to PUBLIKA.MD.

According to the apartment owner, the fire could have ignited from a cigarette from the higher apartment.

"I opened the door at the balcony and found out a cigarette someone dropped. I don't smoke", said the owner.