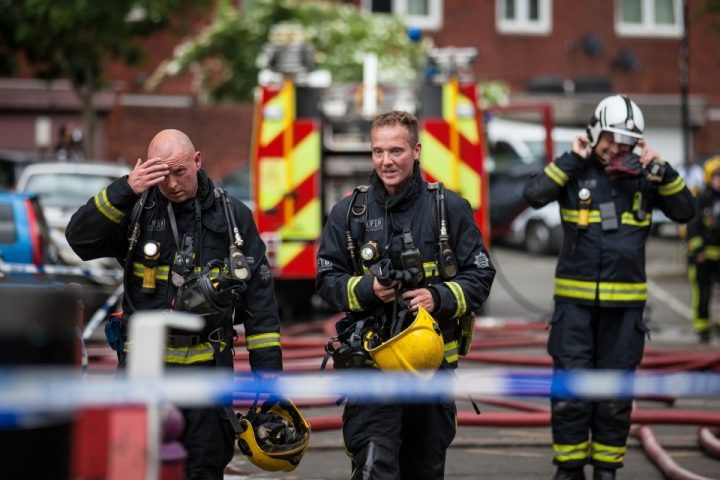 A block of flats in Brixton has burst into flames with giant plumes of smoke filling the London sky line, says The Sun.

A pregnant woman was treated for smoke inhalation at the scene of the fire at Chatham Court in Canterbury Crescent.

A girl and a man were also treated for smoke inhalation by paramedics and more than 50 people were evacuated from their homes.

One local told the London Evening Standard: "We were having lunch and heard a small explosion and we saw a black cloud of smoke going up and the growing fire. Some seconds after the first explosion he heard one or two more, also small. There were some people in the field in front, I guess calling the emergencies."

Residents have taken to social media to share pictures of the huge blaze and the black smoke which can be seen from miles away.

Around six fire engines reportedly arrived quickly at the scene and successfully put out the blaze.