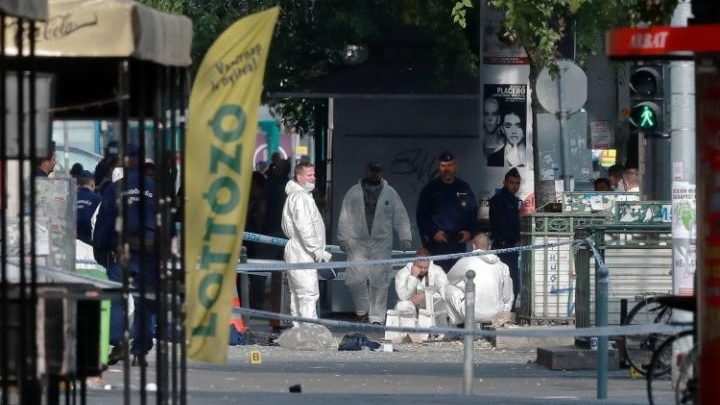 Police have yet to identify the cause of the blast, they said in a statement. "The local and expert examination of the origins of the explosion and the review of the damage is under way," the statement said.

The blast was next to an unused store front on a one of the busiest thoroughfares in central Budapest. Images on local news media showed a ruined doorway. Nearby windows and cars were damaged in the blast, witnesses said.

Police said there were no further injuries caused by the explosion, which occurred at 10:36 p.m. local time (2036 GMT).

A government spokesman declined to comment on whether the blast may have been a deliberate attack.

Hungarian Prime Minister Viktor Orban has been a vocal opponent of immigration into Europe and is urging voters to reject EU quotas for resettling migrants in Hungary in a referendum next Sunday, arguing immigration increases security risks.

Hungary has seen only a trickle of migrants since it sealed its southern border with Serbia with a razor wire fence last year.

Police cordoned off a wide area around the Oktogon square in central Budapest and told residents to leave buildings nearest the blast, local media reported. The normally busy intersection was packed with witnesses, including tourists.

News web site index.hu quoted an email from an eyewitness, who said he saw a nail lodged in a taxi nearby. Photos also showed a few nails on the ground with police chalk marks around them.