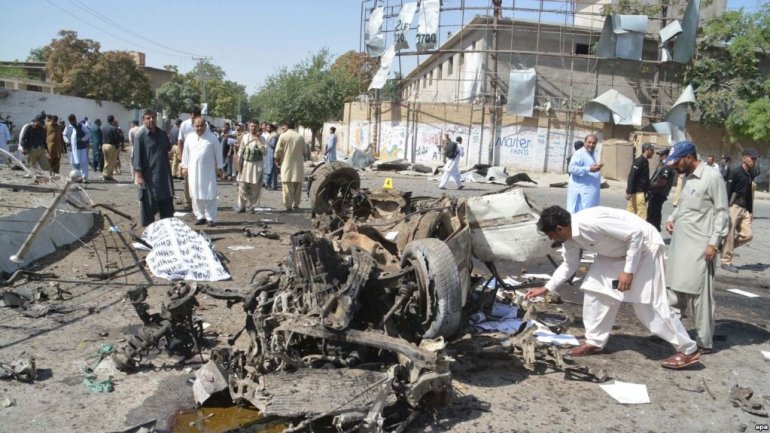 A powerful car bombing close to the office of the provincial police chief in southwestern Pakistan has killed 11 people and wounded 20, officials say.

The June 23 blast in Quetta, the capital of Balochistan Province, was heard across the city, shattering windows of nearby buildings, police spokesman Shahzada Farhat said.

Wasim Beg, a spokesman at a local hospital, said the death toll, initially put at five people, rose to 11, with some of the wounded in critical condition.

Four of those killed were police officers, while nine security officials were among the wounded, said Fareed Sumalan, a doctor at the Civil Hospital.