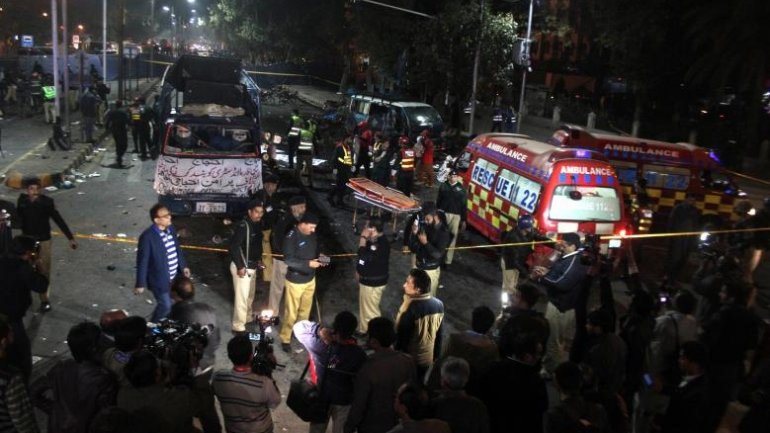 An explosion near the Punjab provincial assembly in the Pakistani city of Lahore killed at least 10 people and wounded dozens on Monday, a local emergency rescue service said, Reuters reports.

The Rescue 1122 service in Lahore stated that 58 people were wounded when an explosion rocked a protest organized by Pakistan's chemist and pharmaceuticals manufacturers.

"Apparently it was a suicide blast but police are still investigating to know the exact nature of blast," said Punjab police spokesman Nayab Haider, who confirmed two high-ranking police officials were killed in the blast.

A spokesman for Jamaat-ur-Ahrar, a faction of the Pakistani Taliban, called Reuters and claimed responsibility for the suicide attack.
AFLĂ imediat Știrile Publika.MD. Intră pe Telegram