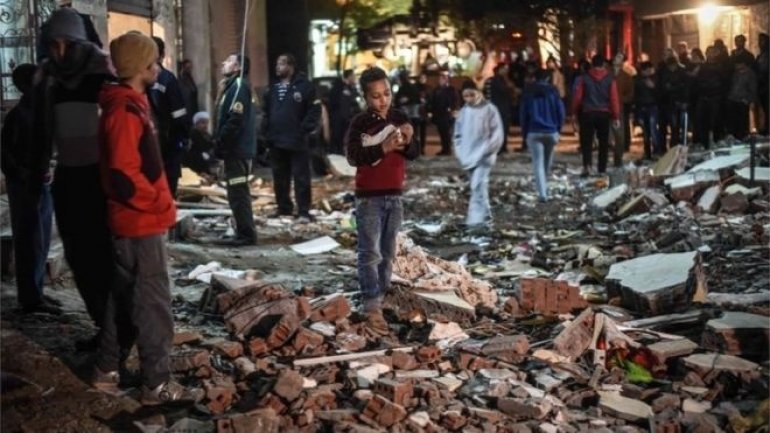 Egypt's state-run news agency says an explosion in Cairo has killed six police and wounded another three, informs The Journal.

MENA says the explosion took place early Friday on Pyramids road, the main avenue leading from the city center out to the Giza pyramids. It says the blast targeted security forces, without elaborating on what caused the explosion.

Insurgents have carried out a number of attacks in Egypt since the 2013 military ouster of an elected Islamist president. The violence has been concentrated in the northern Sinai Peninsula, but there have also been several attacks on the mainland, including in the capital.