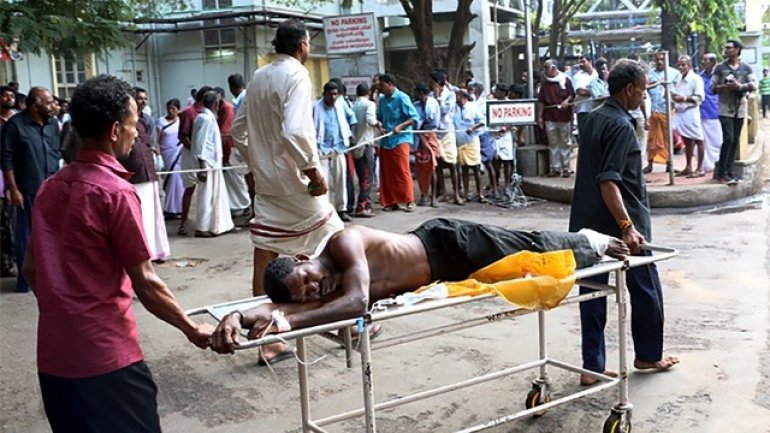 At least 25 people were killed and several others were injured in an explosion at a fireworks factory in the central Indian state of Madhya Pradesh, police said on Thursday.

The blast occurred on Wednesday afternoon when a blaze engulfed the factory in Balaghat district.

Dozens of workers managed to escape unhurt as firefighters brought the fire under control in two hours.

"The blast was so powerful that its sound could be heard five kilometres from the site," Balaghat Police Chief Amit Sanghi said.

Another five were being treated for burns and smoke inhalation, while the condition of two was critical.