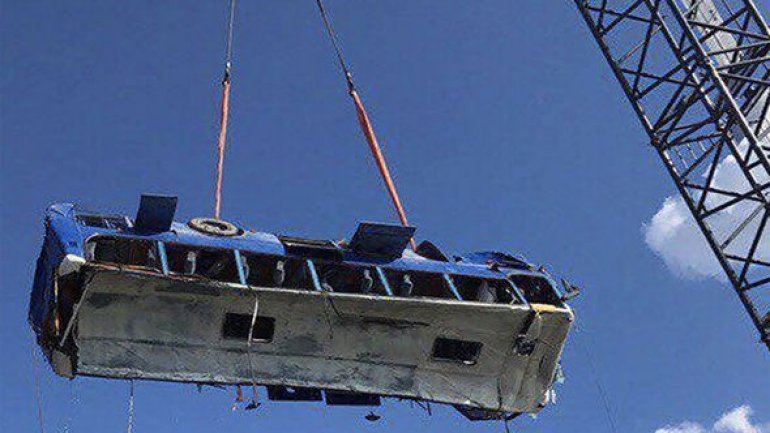 Construction workers die after bus falls from pier on coast of Black Sea.

At least 14 people have been killed in southern Russia after a bus carrying construction workers plunged into the sea.

Eight more people were injured, five seriously, and 16 others were rescued after the coach fell from a pier on Friday morning, said Russia's emergency ministry.

The vehicle had been carrying workers who were building docks for an oil company on the Black Sea coast close to Crimea.

The ministry has has not yet established what caused the crash, which happened at about 8am near Volna, a village in the region Krasnodar.

"All possible versions of the accident are examined, including those related to a violation by the driver of the traffic rules or a technical failure," said the Russian Investigation Committee.

The passengers on the bus were reported to have been working on the construction of tanker docks for Russian energy on company Tamanneftegaz, one of several firms drilling for oil and gas off the Black Sea coast.

The bus has since been lifted from the water by a crane.

Authorities initially said that 12 people were killed, 20 rescued and three others were missing. They later said 24 people been rescued and 14 had died.