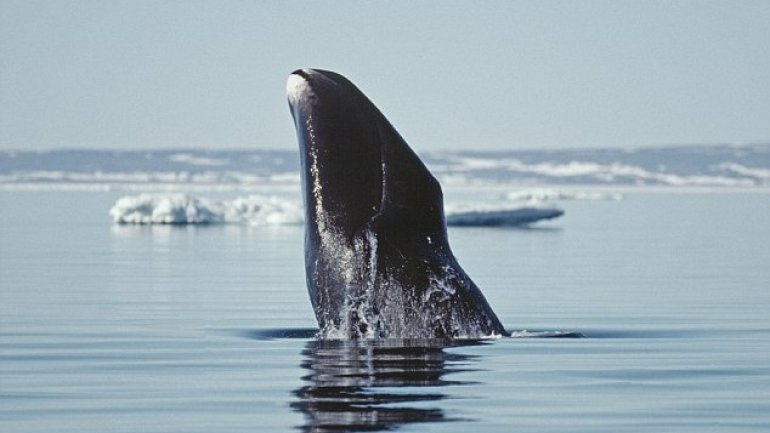 In the remote community of Nunavut in Northern Canada, hunters are concerned about a mysterious sound that appears to derive from the sea floor, reports Daily Mail.

The pinging sound could be heard in the region throughout the summer, and has scared away several animals.

The source of the sound remains a mystery, with theories ranging from environmental activists to mining, but the Canadian military is now getting involved to work out the cause.

According to official memos, defense chiefs said submarines were not considered a likely source but had not been ruled out.

The sound has been heard in Fury and Hecla Strait, around 120 kilometers northwest of the hamlet of Igloolik.

Speaking to CBC News, Paul Quassa, a member of the legislative assembly, said: 'That's one of the major hunting areas in the summer and winter.  And this time around, this summer, there were hardly any. And this became a suspicious thing.'

George Qulaut, another member of the legislative assembly visited the site after hearing the reports.

While he did not hear the sounds himself, he did notice the decline in wildlife.

He said: 'That passage is a migratory route for bowhead whales, and also bearded seals and ringed seals. There would be so many in that particular area. This summer there was none.'

The origin of the sound remains a mystery, though several theories have been suggested.

One theory suggests that Baffinland Iron Mines Corporation - a nearby mining company - is to blame.

In the past, the firm has performed sonar surveys of the Steensby Inlet in the area.

But the company maintains that it is not currently conducting any surveys in Nunavut, and does not have any equipment in the water.

Other theories suggest that Greenpeace is making the noise deliberately to scare wildlife away from the hunting area.

But Greenpeace denies the rumors.

Farrah Khan, a spokeswoman for Greenpeace, said: 'Not only would we not do anything to harm marine life, but we very much respect the right of Inuit to hunt and would definitely not want to impact that in any way.'

The Canadian military is now looking into origin of the noise.