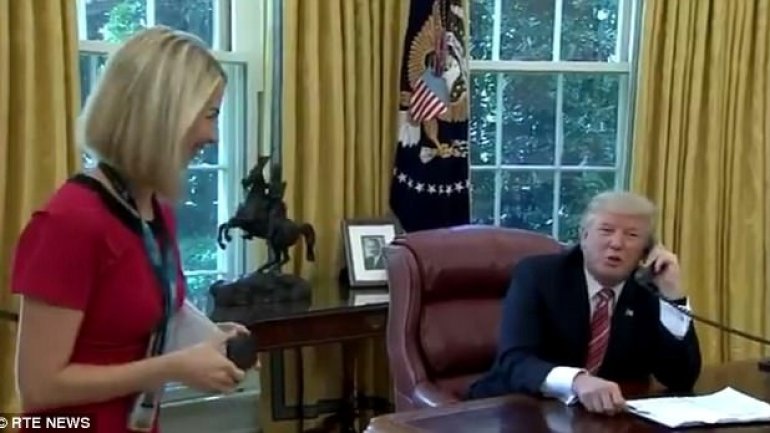 President Trump beckoned to an Irish journalist in the Oval Office on Tuesday to comment on her 'nice smile' during a phone call with Ireland's newly elected Taoiseach Leo Varadkar, Daily Mail reports.

RTÉ reporter Caitriona Perry was one of a group of reporters in the room when he made the 'bizarre' gesture.

Trump was on the phone with Varadkar, who is Ireland's first gay prime minister, to congratulate him on his recent election win when he remarked: 'Well, we have a lot of your Irish press watching us. They’re just now leaving the room.