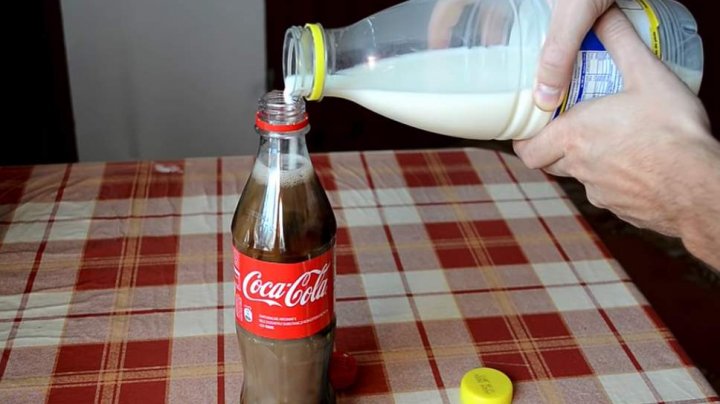 A bizarre drink pairing of soda and milk has divided opinion on social media.

James Felton, a comedy writer, recently shared the existence of “milk Coke” on Twitter, pointing out that it is popular in Birmingham, writes Independent.

“Milk coke is a real thing. Brummies love it,” he wrote on Twitter. “We can all move on from this discussion now, I will be taking no further questions.”

Felton also included photos of himself drinking the mixture of Coke and milk - and thousands responded with disgust and confusion.

Another said: “I am so unbelievably offended by milk Coke. I will try anything, but not that.”

However, others defended the drink, claiming it isn’t a new phenomenon nor confined to Birmingham - and that it isn’t that different from a soda float, made with soda and ice cream.

“Milk and coke has been a thing for like 50 years,” one person wrote. “Nothing new about this.”

Another said: “It’s weird to me that milk coke isn’t common knowledge. My parents introduced us to soda/milk combo when I was like four - so 24 years ago, give or take. At the time it was called “bop” or “brown cow” and yes, if done correctly it was amazing.”

“Do people not realise that this whole milk Coke debate is essentially just drinking an ice cream float? How are you appalled by this?” someone else asked.

The debate has led some people to try the concoction - with one person reporting the flavour is “actually pretty good”.