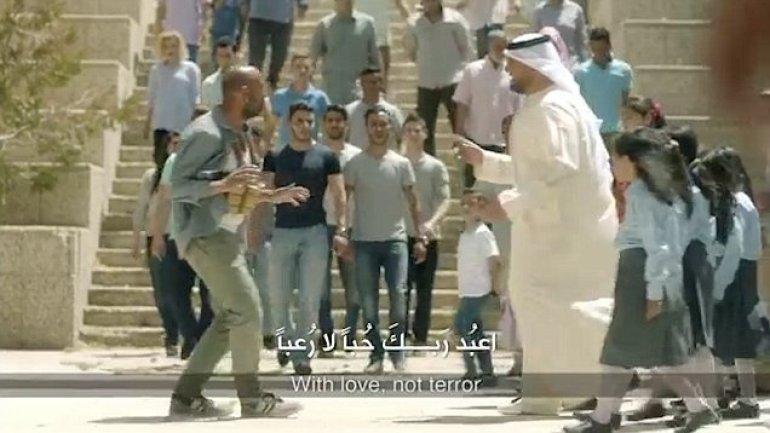 A bizarre advert for a Kuwaiti telecommunications company is seeking to denounce terrorism by depicting the story of a singing and dancing would-be suicide bomber being haunted by his potential victims, Daily Mail informs.

The Middle-Eastern company, Zain, launched the anti-terror campaign to coincide with the beginning of Ramadan last Friday.

More than 3.8million people have viewed the video since then, with some people claiming that the up-beat music and happy singers trivialise the complex nature of radicalisation, as well as commercialising atrocities.