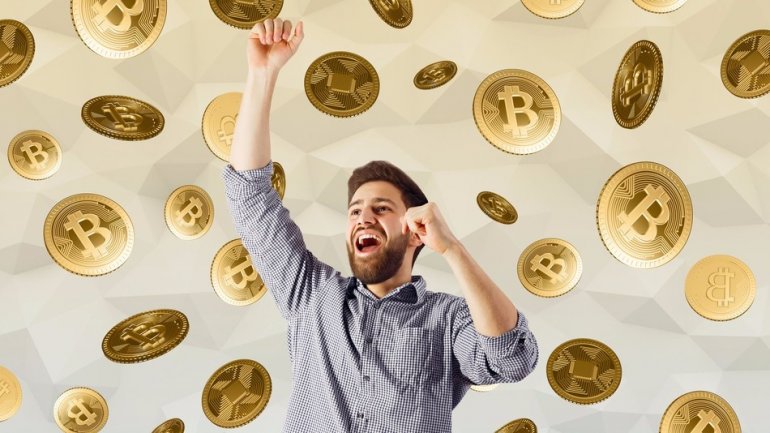 After years as an underground digital currency and a running joke in the world of finance, bitcoin is suddenly attracting attention from the people who once called it a scam: the big institutions of finance, who collectively control trillions of dollars.

“When it’s that easy, the price of bitcoin or ethereum is going to go much higher. And that is a lot closer than people think," he added.

A survey of institutional investors (the groups that control massive pools of money such as pensions and retirement funds) found that 31 percent have already bought some bitcoin and another 36 percent are considering an investment.

Even a small fraction of that money flowing into bitcoin would mark the most significant step in the history of the blockchain-based system. If the only thing bitcoin is currently missing is the security of knowing it has widespread buy-in from the finance world, that could soon change. It would be nothing less than the official minting of bitcoin as digital gold—a recognized store of value that serve an important role in the global economy.

The big news came on Halloween, naturally. CME Group, a giant in the finance world for its role as a marketplace for options and futures, announced that it would be making a new product: a future, based on bitcoin. Futures, if you don't know, are bets on the price of a certain investment on some date in... well, the future.

How the future performs isn't as important as what it represents. CME is making a product because bitcoin's now at a level where investors might want the ability to either invest in it outright, or use it to hedge their other investments. This is the finance world's equivalent of getting invited into their secret society. Bitcoin is now part of the club.

CME isn't even the first one. LedgerX, a smaller company than CME, has been offering products tied to bitcoin since mid-October—and they're selling.

There are other efforts to make it even easier to invest in bitcoin without having to go through the trouble of setting up a digital wallet. Bitcoin ETFs (exchange traded funds, which are simple, cheap investment tools) are expected to gain the necessary government approval and begin trading. That would make buying an exposure to bitcoin as easy as buying a stock.

This does two things. First, it makes it easy for anyone smart (or: dumb) enough to press a button that says "BUY" to invest in bitcoin. Second, it provides the tools necessary for big money to start investing in the future of bitcoin. That means things like major funds that each handle hundreds of billions of dollars in things like pensions and retirement funds. A bit of your money could easily end up with some exposure to bitcoin this way.

The prospect of this money getting into bitcoin is huge. The biggest knock on bitcoin has been that it is not generally seen as having value except by the people who value bitcoin. That's some circular logic, but that's pretty much how value works. Things have value if everyone agrees they have value. Bitcoin's value was limited and scary because there weren't enough people agreeing to its value.

Now, the opposite could be true. Bitcoin is in line to end up exposed to the global economy just like every other investment asset. Whereas bitcoin was insulated within its own market for a long time, now it will face a variety of other economic forces that can swing its value.

Article was originally posted on mashable.com