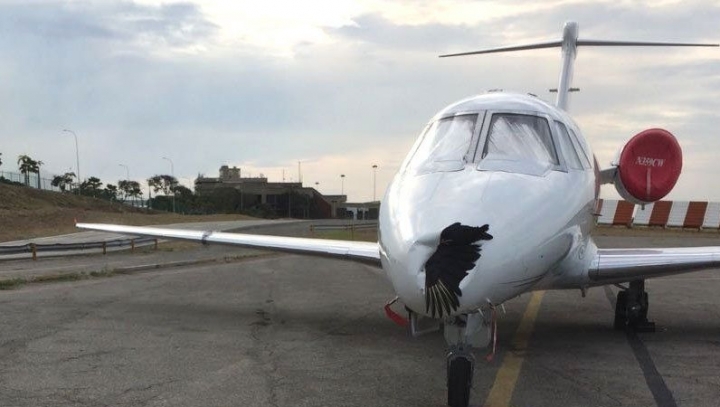 This is the undignified end one poor bird suffered after flying into an aeroplane and becoming embedded in its nose.

The Cessna 650 jet was forced to land after the bird collided with it.

It struck the aircraft as it flew near Caracas-Simón Bolívar International Airport in Venezuela.

Unsurprisingly, the bird died on impact.