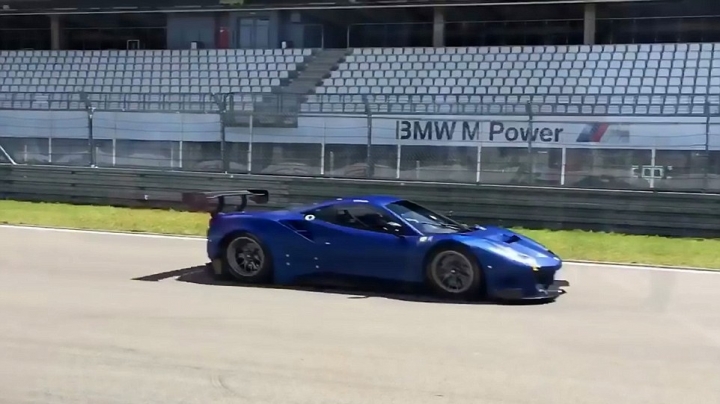 He is known as one of the wealthiest men on the planet and the billionaire Russian owner of Chelsea FC, Daily Mail reports.

And now Roman Abramovich has shown off his incredible car collection while driving with his friends at the Nurburgring race track in Germany.

It is the first time that Mr Abramovich has made a public appearance in the high end vehicles, which experts estimate are collectively worth £8.5million.

The owner of the German race track is Mr Abromovich's former business partner and fellow Russian oligarch Viktor Kharitonin, who invited his friend to attend a two-day race event.

And among the cars that the 49-year-old took to Germany was a rare Pagani Zonda R, of which only 15 have ever been produced and come with a price tag of £2.5million.

According to reports, the businessman, who is thought to be worth £8.6billion, spent the whole first day racing on the 'Nordschleife' ('Northern Loop'), which is the longest section of the Nurburgring at 13 miles.

On the second day, the businessmen spent their time on the much shorter GP Strecke, which is 3.2 miles long.

During the event the Russian moguls also tested the entire range of Porsche sports cars, as well as single-seated 'Formula-BMW' vehicles.