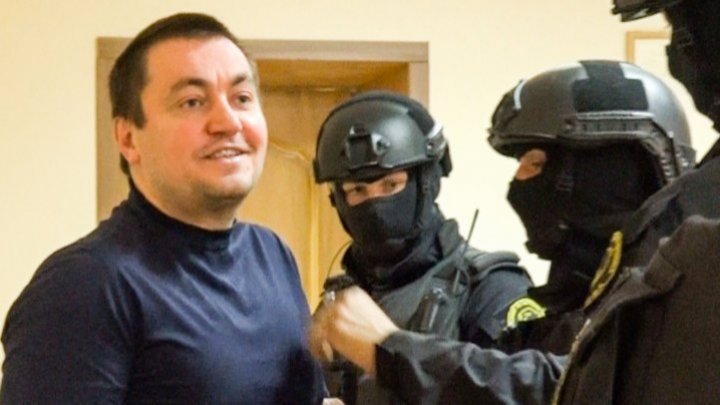 International network of investigative journalist OCCRP has published an article which demonstrated the involvement of companies led by Moldovans in the so-called Troika Laundromat, operated by staff at an independent arm of the Russian investment bank Troika Dialog, having close ties to the country's ruling elite, writes telegraph.md.

OCCRP revealed how three companies registered in Chisinau were used in a financial mechanism to wash over 100 million USD.

Based on fictitious contracts signed in Moscow and Kiev, the money was drained from accounts of three firms from Banca de Economii to those of offshore companies from a Lithuanian bank.

The transactions were made in the same period as the famous tax fraud in Russia known as the Magnitsky case, but there is a close connection with fuel fraud at Sheremetyevo Airport in Moscow.

Magnitsky case grabbed global attention after Russian lawyer Serghei Magnitski in 2007 discovered the $ 230 million theft from the Russian treasury. Two years later, he died in Moscow prison due to torture and lack of medical assistance.

Money from Russia disappeared in offshore firms then. On way to tax heavens where real beneficiaries were hiding, millions USD went through several foreign companies including Moldovan companies. Among them are Bunicon Impex SRL - based in an abandoned house in Chisinau center, owned by a person from Transnistrian.

Local firms opened accounts at Banca de Economii. Thus, the money transferred to their accounts was directed to several foreign banks, including UKIO Bankas in Lithuania.

In 2013, the Lithuanian authorities closed UKIO Bankas, and Banca de Economii closed its doors over two years, amid the disappearance of a billion dollars from the banking system in the Republic of Moldova.

According to OCCRP, the two most important companies would be Avertas Prim SRL and Bunicon Impex SRL, Vlacom Plus SRL.

In 2007, Avertas-Prim SRL signed as a buyer other 5 contracts of around 50 million USD with offshore firms from Belize, New Zealand and Santa Lucia.

According to bank data, million USD was transferred from account of Avertas-Prim SRL in Banca de Economii to firms' accounts in Lithuanian Ukio Bankas bank.

One of these payments was made on October 19, 2007. Avertas-Prim SRL transferred 487,000 dollars to the British firm Damac Limited, represented by the Russian woman Olga Semenova. Just four days prior to this transaction, Damac Limited had received a similar payment from Bunicon Impex SRL, investigated for money laundering in the Magnitski file.

Another company in Chisinau got involved in this money laundering is Vlacom-Plus SRL.

Through a contract in October 2008, it was obliged to transfer 10 million dollars on account Meister Developers LTD, a company offshore in Santa Lucia, involved in fraud of fuel from Sheremetyevo International Airport.

The tax evasion scheme surfaced in 2008-2010. Opaque companies were artificially inflamed by the price of fuel. 50% of the price of a ticket was the cost for fuel.

Vlacom-Plus was registered in October 2007 in Chisinau by a person who passed away.

The company's history shows that in 2008, it was owned by another Moldovan, Veaceslav Raetchii. Now, he is a simple worker and he is sorting garbage.

Within the Zeppelin Investigation, it was mentioned that ,,Bunicon-Implex SR" company was founded in July 2007 by Veaceslav Platon. At the same time, a similar company, Elenast-Com had fictitious founders and accounts at Banca de Economii.

At the beginning of November 2007, the first money transfers from Moscow started. The first hundreds million ruble have been transferred from "Millitaun Limited" Russian company from KB CK - Bank OOO. They money have been transferred for building materials. "Bunicon-Impex" transferred money to some off-shore companies in the Virgin Islands, Belize, but also in some European countries, such as Lithuania and Latvia. Thus, Veaceslav Platon tested the scheme he used three years after within the Russian Laundromat.

On June 1, 2012, the Chisinau authorities have been informed by the Brown Rudnick advocacy house, that they will investigate Magnitsky folder. It is about the disclosure of 2008 scheme where Serghei Magnisky is involved.

On June 20, NAC started an investigation on Banca de Economii and Magitsky Folder money laundering cases. On August 17, 2012, the prosecutors asked the Fiscal Inspectorate to start a fiscal control at Bunicon-Impex and Elenast-Com. This request didn't have any results. Veaceslav Platon blocked the control through Vlad Filat who managed the Finance Ministry and the Fiscal Inspectorate.

This thing was confirmed by Mihail Gofman, NAC employee within an interview for Zeppelin Investigation. He said that Bunicon implex and Elenast Com companies used an off-shore company "Kelway Trading" that appeared in all the Panama Papers scandals. Gofman said that this company with international status was used by No.1 raider in CSI, Veaceslav Platon to pay bribery in order to solve some problems and also to start Magnitski Laundromat and the Billion theft in Chisinau.