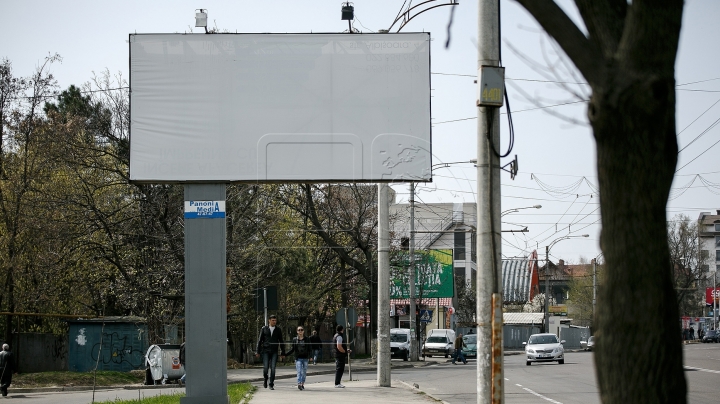 The dismantling of billboards in Botanica sector continues for more than a week. The authorities assure people that these billboards will disappear from Dacia avenue.

The screws and dowels, on which the billboards are fixed, are heated, in order to be taken out easier. With the help of a lever, the billboard is taken down in a few minutes.

Since the beginning of this week, on Dacia avenue were dismantled over 30 billboards. The deputy chief of Botanica sector explains the reason billboards are taken down.

The residents of Chisinau welcome the billboards dismantling. According to them, they are hideous and ruin the city image.

The owners of billboards were informed beforehand of the dismantling from streets. Still,they dismantled only 7 billboards by themselves.

For each dismantled billboard,the authorities of Chisinau spend from 800 to 3,000 lei.

The dismantling works on Dacia avenue will be finished at the end of next week. Until then 40 other billboards have yet to be dismantled.