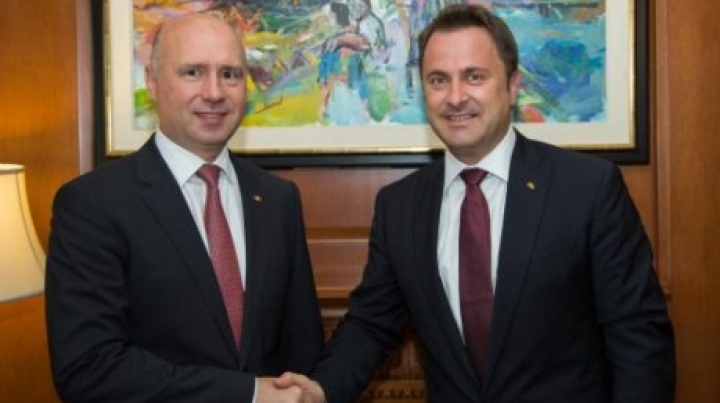 Prime Minister Pavel Filip has met Prime Minister of Luxembourg Xavier Bettel in the context of the 71st session of the UN General Assembly, held in New York. They discussed issues on bilateral cooperation.

The two officials approached the current stage and development prospects of bilateral relations between Moldova and Luxembourg, cooperation within the international organizations, as well as issues related to European reform agenda of Moldova.

Filip thanked Luxembourg for the support provided in Moldova’s European integration, as well as for the technical assistance in carrying out different projects.

Filip welcomed the political support provided by the government of Luxembourg in implementing the structural reforms necessary for the country’s modernization. At the same time, the sides reconfirmed the mutual interest in strengthening the bilateral political dialogue, boosting bilateral ties at high level, stepping up cooperation at economic and investment levels.

Xavier Bettel assured that his country would continue to back the Moldovan efforts in reform process and in its European path.

Filip invited Bettel to pay an official visit to Moldova.