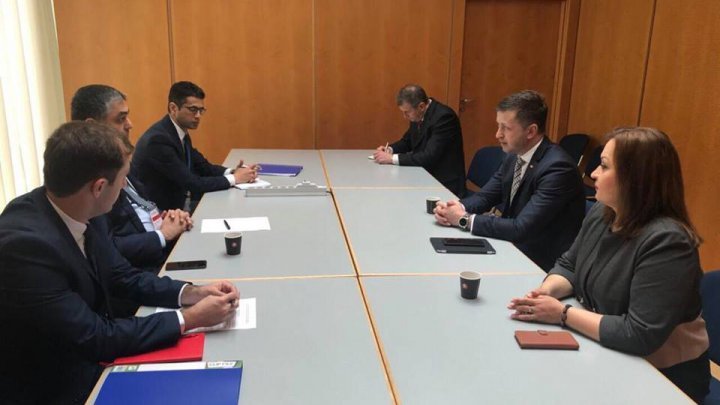 Moldova and Azerbaijan are to deepen bilateral cooperation in the field of transport. The subject has been tabled between the Secretary of State of the Ministry of Economy and Infrastructure, Serghei Bucataru, with Azerbaijan's Minister of Transport, Communications and Technology, Ramin Guluzade.

During the meeting, the parties also discussed the possibility of increasing the trade of goods between two countries, as well as the simplification of the transport between the two states.

The State Secretary of the Ministry of Economy and Infrastructure proposed to the Azerbaijani Party to examine the possibility of liberalizing road transport between the two nations.

The meeting with the Azerbaijan Minister took place at the 2018 International Transport Forum Summit, organized this year under the presidency of Latvia. The event takes place in May 23-25 in Leipzig Germany. In the context, officials also discussed the progress made by both countries in the Eastern Partnership.