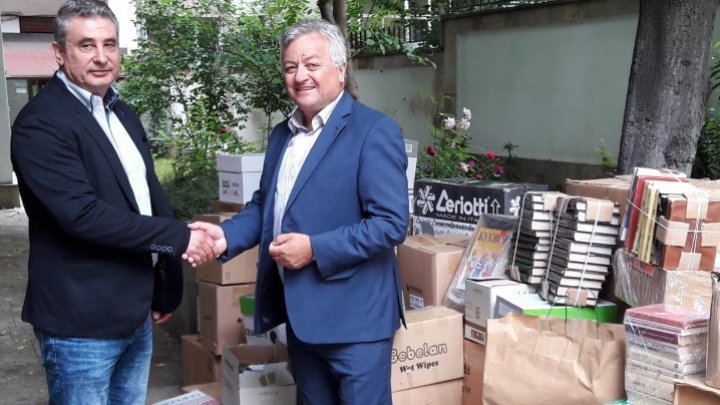 The first part of the charity event, initiated by the Embassy of the Republic of Moldova in Bulgaria and the Mladost-Sofia City Hall, was completed near the celebration of Slavonic Writing, Enlightenment and Bulgarian Culture, to gather hundreds of Bulgarian-language books for ethnic Bulgarians in our country.

During an event organized by the diplomatic mission, Ambassador Stefan Gorda and Mladost-Sofia Interim Mayor Rumen Rusev expressed their sincere gratitude to the residents of Mladost, who participated in this extraordinary demonstration of civic spirit, friendship and culture, the solidarity that links the peoples of our countries, and for the generous support provided for the development of the Bulgarian ethnic culture in Moldova.

The collection of books began several months ago, as many Bulgarian citizens donated books from their personal collections, and the embassy would carry them to Moldova and distribute them to schools and libraries in the settlements inhabited by ethnic Bulgarians.

The cooperation between the Embassy and Mladost-Sofia materialized in the celebration of Martisor in the beginning of spring, and now continues with the collection of  books for the ethnic Bulgarians in Moldova.