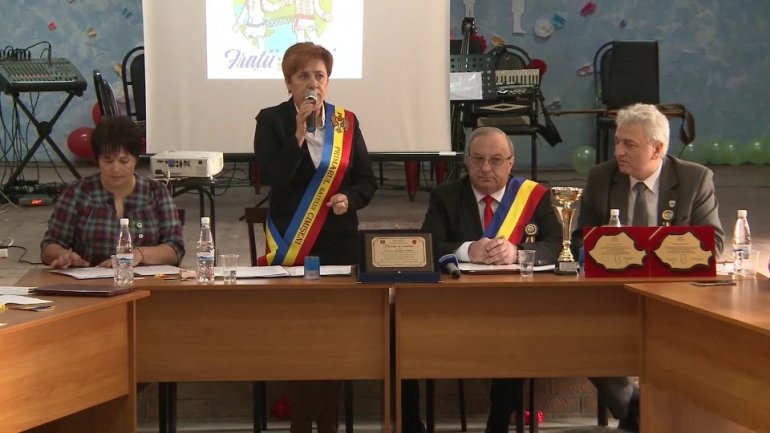 Several projects to be carried out in the village of Cimiseni, Criuleni district thanks to a twinning agreement with the city of Bascov, Arges County in Romania. The document was signed today, March 5th, after which Cimiseni residents and guests of Bascov have made a dance in the middle of the village.

The agreement provides for joint implementation of several socio-economic projects.

"We want to have a collaboration in economic, social, cultural support between the two places, but I hope the support will come from us" , said mayor of Bascov, George Stancu.

"From the Bascov village resident we learned a lot, a highly developed infrastructure, many projects were implemented" , said mayor of Cimiseni village,  Valentina Pisarenco.

Cimiseni villagers are convinced that this collaboration will only bring benefits.

On this occasion, a concert of local artists was organised at the Culture House in Cimiseni village.