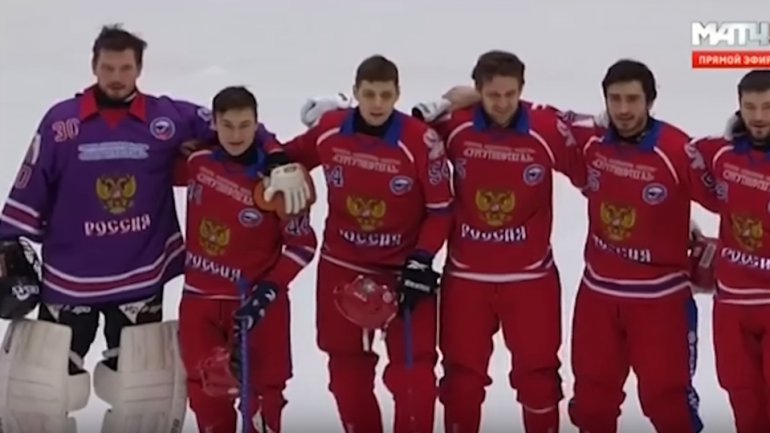 A fail of grand proportions happened during the World Ball Hockey Cup finals that took place in  the Swedish town of Sandviken.

Emotions overwhelmed the young girl that stuttered and forgot the lyrics. She stopped for a few times and was hooted by the crowd.

With the support of the fans and the players she managed to recall the lyrics and go through to the end of the song. The young artist received support from the internet audience. They mentioned the fact that the girl is of Swedish origins and that it must have been fairly difficult for her, learning the Russian anthem.

The mistake, it seems, has bothered the hockey players from Moscow just as deeply. Those having lost the match with a score of 3 against 4.