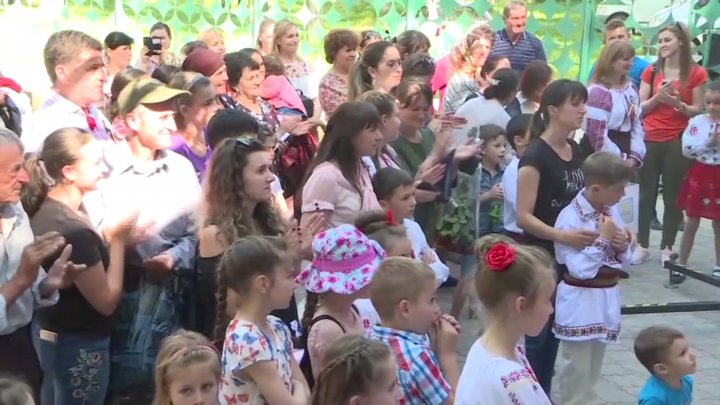 Lozova villagers in Straseni are celebrating the locality anniversary.

In the center of the village, two thousands grilled sausages are prepared and distributed for free.

The leader of the Democrats announced that he would arrange a playground for the children in the locality.

"I want to congratulate and thank you very much, the Mayor, the local Democratic Party team and all the party supporters. I think we will have a playground for kids here in Lozova", said Moldovan Democratic Party Chairman Vlad Plahotniuc.

"I always find special people in Lozova. I remember this because I'm your neighbor from a village in Pănăşeşti," said Premier Pavel Filip.

"I want to thank you for your presence for the first time, I think it is the first time that a Prime Minister of the Republic of Moldova is going down the Lozovnian land. We will invite you with certainty and every time at the festival, if you come with such generous gifts" said the Mayor of Lozova, Lilian Botnaru.

Subsequently, the officials talked to the people and took pictures.

The locals say they were honored with the guests.

"For the first time Mr. Plahotniuc stepped into the town and to be honest, I am very glad that we had the opportunity to greet him"

Local authorities have prepared a vast program. The little ones went to the slides and jumped on the trampolines.