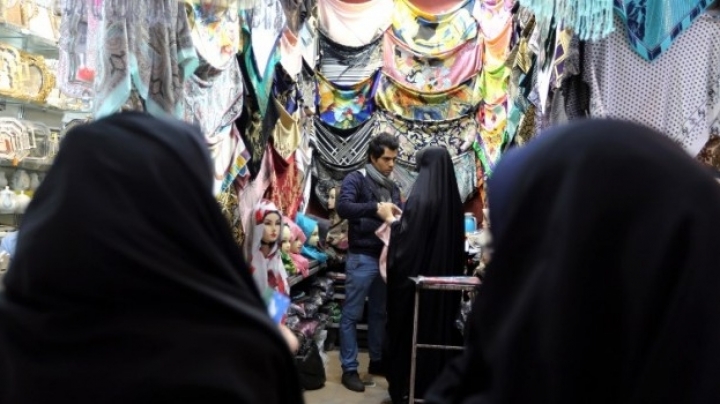 Iranian officials have launched hundreds of raids over the last 10 days, closing down over 800 stores and issuing warnings to some 3,000 merchants, state media reported Monday.

The crackdown was aimed at the sale of "unconventional and inappropriate" clothes, state media said.

Under Iranian law, all women must wear loose coats called "manteaux" that cover the body from the neck to below the knees. They are also required to cover their hair.

In addition to the religious regulation, Iranian police and media recently began campaigning against second-hand clothes, labeling them "unhygienic." They also slammed items with English-language print.

More specifically, authorities in the Islamic republic are opposed to a new fashion trend in women's coats. The new kind of attire usually displays phrases in English printed on the back, for example, "Keep Calm. I'm the Queen." It also has shorter sleeves compared to the more traditional garb, and no buttons on the front.

According to Iranian law, those who flout the religious dress code risk a fine, jail time or even a whipping. The regulations are enforced on the street by the so-called "morality police," Deutsche Welle reports.