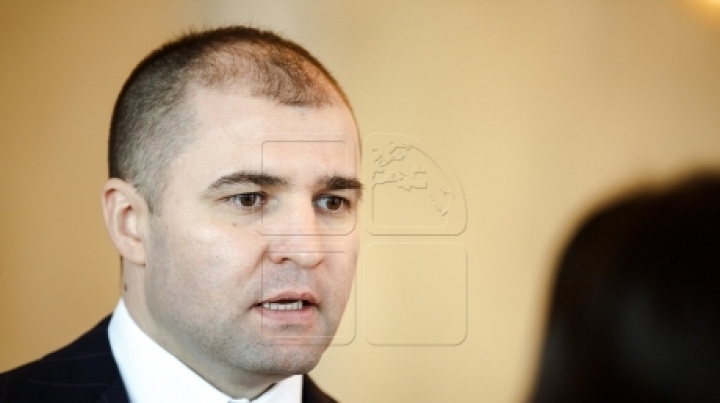 Registry Office employees in Ungheni could have new headquarters. The institution could move their current offices in a local court building, after construction of Palace of Justice is completed.

TheMinister of justice, Vladimir Cebotari discussed this today after a visit in the territory.

For years, the Civil Status Office rents Ungheni District Council offices in the building, and pay monthly over 3,500 lei. The five offices are overcrowded because the archive grows from year to year.

"I had to separate the entrance hall in office to deprive files. These are the conditions now and I think we deserve a better officein the future" , said the head of the Registry Office in Ungheni, Svetlana Andries.

"We get people on the stand. Sometimes we receive three specialists at once and it's not easy for us, nor for the citizens".

Since marriage registration hall is located on the ground floor, where other institutions have their offices, sometimes ceremonies create inconveniences.

"Since ceremonies were usually on Fridays, but now they are celebrated on Wednesday and Thursday and Tuesday, and that creates discomfort", said President of Ungheni, Ludmila Guzun.

The Office of Civil Status is ready to move into Ungheni court building.

"It's an idea and at the same time, we must not forget about the central public administration reform. It is not excluded that several services including the Registry Office will be located in offices with another type ofcustomer service" , said Justice Minister Vladimir Cebotari.

According to Cebotari, commissioning of the building, scheduled for December this year could be delayed by several months. The authorities will endeavor to stay within the amount of 56 million lei, originally set.

"Our task now is to find solutions for materials and work that are more expensive while maintaining the quality and value of the work to keep into the amounts originally projected" , said Minister of Justice.

Later, the minister discussed with the local authorities about changes made recently to legislation on integrity.

"He who will violate will be immediately fired. The decisions taken will be declared void from the start, the damage will be tracked. A person once fired five years will not be able to engage in the public sector" , added Vladimir Cebotari

The new amendments came into force on 1 August.