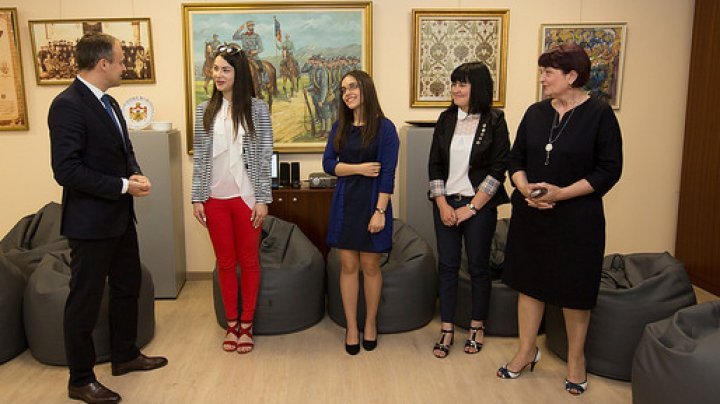 The best four students of the Balti State University Alecu Russo received from the Parliament President's scholarship in the amount of 8,000 lei for remarkable academic results and active civic position.

The President of the Parliament was delighted with the quality of young people in the Republic of Moldova. He stressed the importance of encouraging not only academic performance but also the involvement of young people in various social and economic projects.

The winners of the scholarship are four students appointed by the administration of the University of Balti. The initiative to award the scholarship to the best students in the north of the country came from Andrian Candu's Parliament Speaker during his visit to Balti in autumn last year.

The winners of the scholarships of the President of Parliament in 2018 are:

For the second consecutive year, Andrian Candu grants scholarships to young people with academic merits and actively involved in various extra-curricular activities of social importance on 23 May on the Day of Parliament.

Last year, the President of the Parliament scholarship benefited the best students from the Republican Music High School Ciprian Porumbescu.