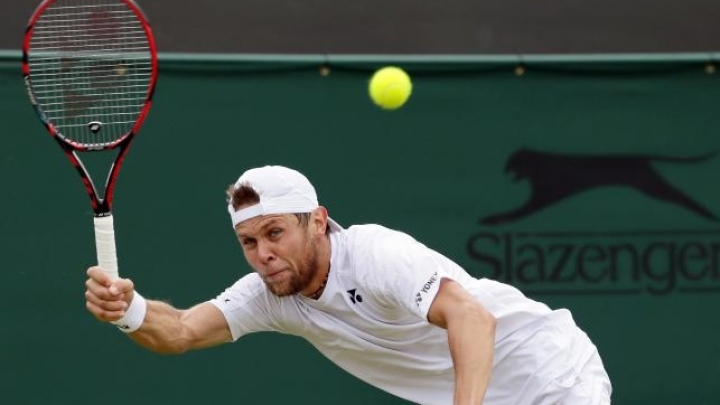 The Australian Bernard Tomic has overcome a mid-match charge from Moldovan qualifier Radu Albot to reach Wimbledon’s third round.

During his match, Tomic was in control until midway through the third set.

Seemingly able to break serve at will during the first two sets, Tomic appeared set for routine victory when he drew a backhand mistake from Albot.

Serving for 5-3, Tomic paid the price for a concentration lapse as reprieved Albot charged back into contention.

Sensing Tomic’s apprehension, the stocky Moldovan streaked to a 6-3 lead in the tiebreak before Tomic steadied to level at 6-all.

But his revival was cut short by a framed forehand as the contest moved into a fourth set.

And once there, Tomic’s crisis deepened as energised Albot reeled off 12 successive points from the second game to the fourth to take control with a 3-1 lead.

Tomic dug in brilliantly and broke back before prevailing in a 21-point seventh game which lasted nine minutes.

Shattered at not punishing Tomic, Albot lost his serve in the following game as Tomic served for the match at 5-3.

Determined there would be no more heroics from Albot, Tomic closed out the match to his clear relief.