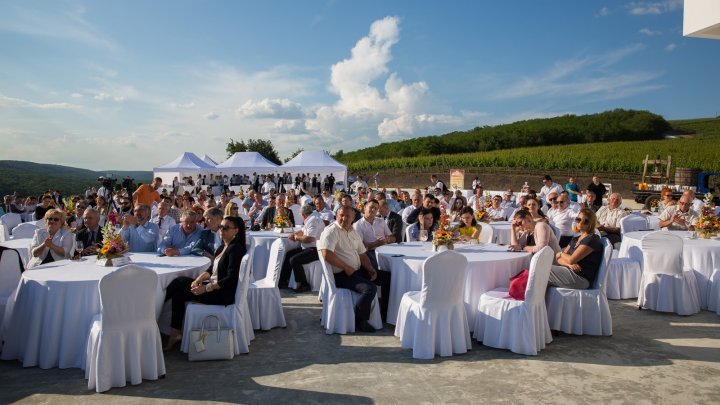 Farmers who have achieved the best performance thanks to state subsidies have been awarded by the Intervention and Payment Agency for Agriculture.

For the first time, in the second edition, Startup of the Year award was given. The receiver was a young man in the Cahul district, who came back from France to make a vineyard business.

"This prize is a pride for me. Agriculture is not what I wanted firstly, I just wanted to help my parents but then I loved it eventually", said agricultural producer Artur Bălcănuţa.

"To be a farmer woman, you must have a lot of power, you have to be very patient," said agricultural producer Maria Vedrascu.

Farmers claim that state subsidies are of great help.

"All the results of the farmers are due to the efforts, the hard work that they invest, but also the involvement and support the state offers through these funds," AIPA director Nicolae Ciubuc said.

The award ceremony took place at a winery in the village of Ulmu, Ialoveni district. Prior to the ceremony, guests took a tour of the wine cellar. Among those who saw the combination for the first time was Prime Minister Pavel Filip.

The winery was built in 2012. The entrepreneur benefited from grants worth more than two million lei from AIPA, and with this money has modernized its business.

The prime minister claims that Moldovan agricultural production is appreciated on international markets, and farmers have to be supported in this respect.

"Producers increase their volumes, we can only help them with the expansion of the sales markets.  "said Premier Pavel Filip.

This year, the Grant Fund is 900 million lei