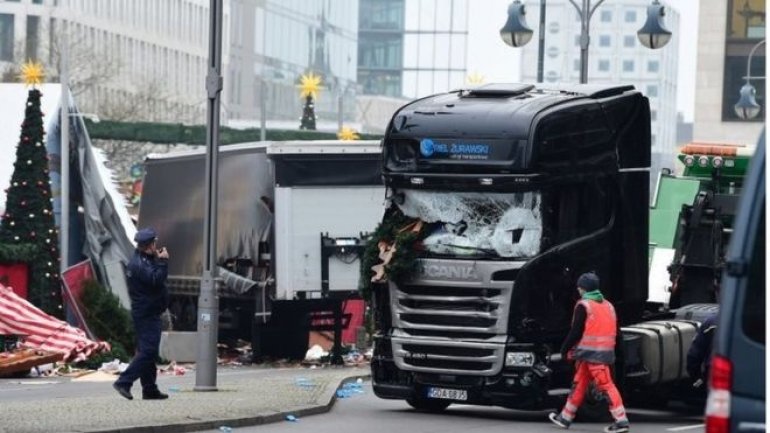 German police say they are unsure if a man they have in custody was behind Monday's lorry attack in Berlin that killed 12 and wounded 48 others, according to BBC.

"It is in fact uncertain whether that really was the driver," Berlin police head Klaus Kandt said on Tuesday.

The man detained, who has denied involvement, arrived in Germany from Pakistan at the end of last year.

He was captured in a park 2km away after reportedly fleeing the popular Christmas market in west Berlin.

Mrs Merkel has vowed to punish those responsible for the Berlin attack "as harshly as the law requires".