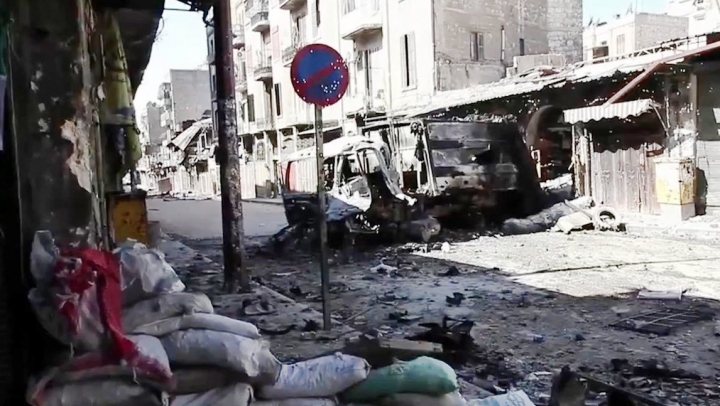 The main umbrella group for the Syrian opposition on Friday cautiously welcomed a proposal for a weekly pause in fighting in Aleppo to allow aid to reach besieged areas, provided this would be monitored by the United Nations.

International concern has mounted over the fate of up to two million civilians in the city amid an intensification of fighting, with the World Food Programme warning on Friday that the situation was "inhumane, awful, disgusting, nightmarish".

Russia, Syrian President Bashar al-Assad's most powerful military ally, said on Thursday it supported a longstanding U.N. call for a 48-hour truce each week in the city, and that it was ready to start the first one next week.

Syria's government has not yet commented on the idea.