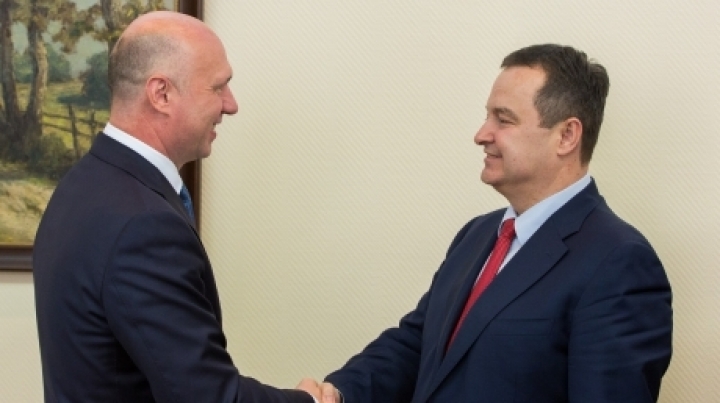 According to the government’s communication and media relations department, PM Pavel Filip, at the meeting, highlighted the importance to boost the political, economic and economic relations between Moldova and Serbia. The prime minister made a retrospective of the cabinet’s work to implement the agenda of reforms agreed upon with the European Union and expressed thanks to the Serbian government for the consistent support provided for Moldova’s European integration.

For his part, the first deputy prime minister of Serbia, Ivica Dacic, said the Belgrade authorities backed the reforms initiated by the Moldovan government for the European integration and spoke out for deepening the cooperation between the two states in such sectors as trade, agriculture, education and science.

The officials also exchanged opinions on the political and economic relations between Moldova and foreign partners, regional situation and developments in the Transnistrian and Kosovo conflicts’ settlement, as well as on the importance to boost the Moldovan-Serbian cooperation within international and regional organizations.