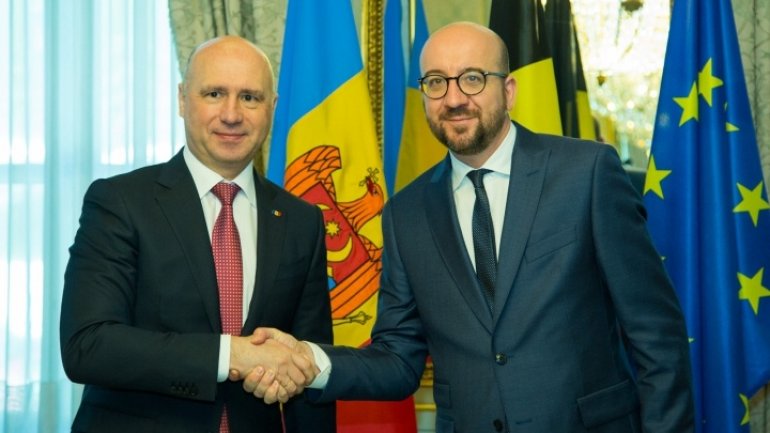 Prime Minister Pavel Filip has met with his Belgian counterpart Charles Michel. They have signed a protocol to modify the Convention between the two countries regarding the double taxing and preventing tax evasion.

Pavel Filip says Moldova is an investment platform with an enhanced development potential and is open to most ambitious entrepreneurial and social projects.

"There are a couple of dozens of Belgian companies investing in Moldova, and their example can be followed by other Belgian investors," Charles Michel said.

“The year 2017 will be dedicated to building up Moldova’s Association Deal with the EU and to insuring the irreversibility of Moldova’s European path," said Pavel Filip.

He has underlined the Chișinău authorities’ strong determination to implement the reforms.