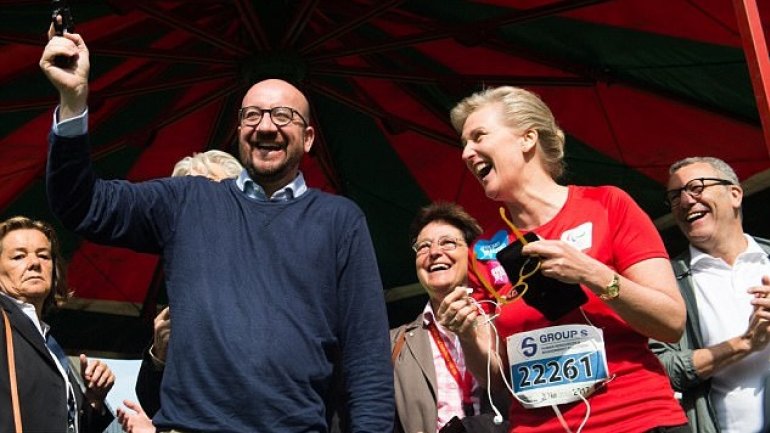 A Belgian princess fired a starting pistol so close to the prime minister's ear that he had to undergo medical treatment and cancel a speech in parliament on Tuesday.

Charles Michel was standing on a podium next to Princess Astrid, younger sister of King Philippe, when she signaled the start of Sunday's annual Brussels 20 km road race. His spokesman said he later realized the loud report had damaged his hearing.

The prime minister, 41, can be seen flinching markedly in photographs take as the princess pulled the trigger. Astrid, 54, went on to join 40,000 others and run the race herself.