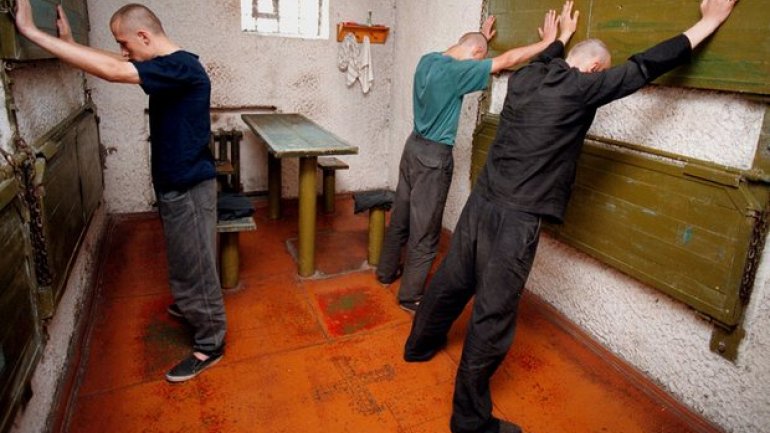 The last European country to retain capital punishment has resumed sentencing people to death since EU sanctions against its president were dropped this year, according to a landmark investigation, reports The Guardian.

In recent months Belarus has executed one person and condemned four more to death, with more cases pending in which capital punishment is likely, according to investigators with the Paris-based human rights organisation FIDH, and the Viasna human rights centre in Minsk.

Described by investigators as a “scandal at the heart of Europe”, about 400 people have been executed in Belarus since independence in 1991 – more than one a month.

The human rights report documents the physical and psychological abuse used to extract confessions and the shocking conditions in which death row inmates are kept and later executed.

Interviews with local journalists and lawyers reveal a practice shrouded in secrecy, with statistics on the numbers killed by the state closely guarded by Belarus’s government.

The time and locations of the executions, as well as the places of burial, are also kept classified, with the bodies of prisoners never released to families.

Sacha Koulaeva, head of the FIDH’s eastern Europe and central Asia desk, said the abolition of the death penalty in Belarus was an achievable goal if the European Union put pressure on the government. “We would like to mobilise the international community to call for Europe to be a death penalty-free zone,” she said.

Maya Foa, a director at the UK human rights group Reprieve, said the report showed the EU needed to do more to end the practice.

“The EU and member states are regularly vocal about their opposition to the death penalty, and this is now more important than ever,” she said. “Executions are on the rise around the world and it is critical that the EU not only stands by its ‘strong and principled opposition to the death penalty’, but actively advances this principle in its diplomatic and trading relationships with executing states.”

In response to the report’s finding, members of the EU mission to Belarus, including the deputy head, Jim Couzens, called for an immediate moratorium on the practice.

The death penalty was introduced in Belarus during Soviet rule as a punishment for murder and economic crimes, as well as “counterrevolutionary acts” including treason and espionage. Since 1991, the government has continued to apply several clauses of the Soviet-era criminal code, the last of the former USSR countries to do so.

Alexander Lukashenko, who assumed office in 1994, has broadened the powers of the president over his 22 years in office, earning Belarus the nickname of Europe’s “last dictatorship”.

The authorities and state media outlets enthusiastically defend the use of the death penalty by claiming its use reduces crime. However, new analysis by the FIDH and Viasna shows this justification to be false: in 2015, the internal affairs ministry reported 4,018 counts of serious crime, an increase of 17% on 2014.

Andrei Paluda, coordinator of the campaign against the death penalty led by Viasna, told researchers the conditions in which inmates are held had deteriorated. He spoke to witnesses who have worked in Belarus’s death row facilities, who described cells just three metres large, fitted with video cameras to watch inmates at all times.

A former staff member of Pretrial Detention Centre no 1 in the centre of Minsk,told Viasna: “From the very beginning, they face maximum security restrictions ... The rules prohibit them from lying or sitting on the plank beds from 6am to 10pm. They usually walk around the cell all day long.”

Another former staff member said death row inmates were kept in complete isolation and treated as if they are no longer “among the living”. Those condemned to death are kept without any information about their execution date, a practice Koulaeva described as “cynical” and one that distresses the prisoners.

The report also reveals the trauma inflicted on the families of those sentenced to death.

Though the Belarusian criminal code stipulates that one family member must be notified in the event of an execution, it does not specify how. In most cases, families learn that an execution has been carried out only upon the delivery of personal belongings after death.

Tamara Sialiun, whose 27-year-old son Pavel was convicted of two counts of murder and mutilating a dead body in 2012, told investigators that the first she knew of her son’s execution was when a package arrived containing his prison uniform. He had been shot in the head.

Koulaeva said the report painted a vivid portrait of the process by which men were being convicted and killed, a process she described as deeply flawed and carried out with “total disregard to international obligations”.

“The conditions in which this action takes place are terrible,” she said. “[It is] a terrible ritual, and a terrible thing to witness.”