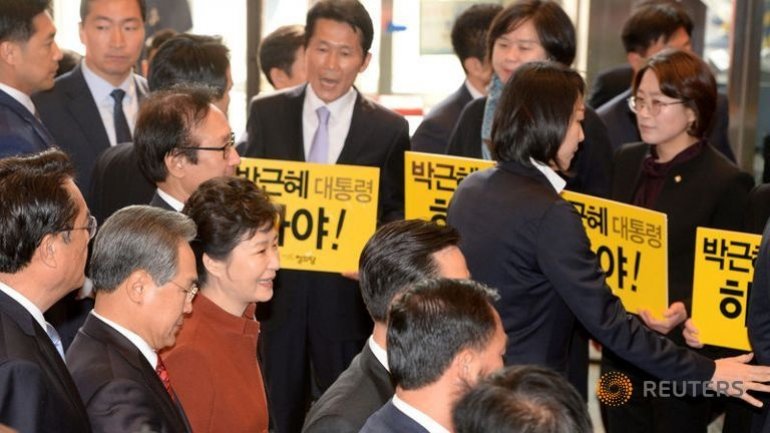 South Korea's opposition-controlled parliament introduced an impeachment motion Thursday on President Park Geun-hye, setting up a likely vote Friday on whether to suspend her powers over a huge political scandal.

A parliamentary official reported the motion to a plenary session, which means an impeachment vote must take place between 24 and 72 hours. Friday is the final day of the current parliamentary regular session.

The motion needs two-thirds approval in the 300-seat parliament to pass. Political observers say the opposition and anti-Park independents have 172 seats. They appear to have secured enough support from ruling party dissenters to get an impeachment.

If impeached, the country's Constitutional Court will have up to 180 days to determine whether to formally end Park's presidency. During the court deliberation, Park would be suspended as president but not removed, with her duties temporarily transferred to the prime minister until the court reaches a decision on whether her impeachment is constitutional.

More at The New York Times.