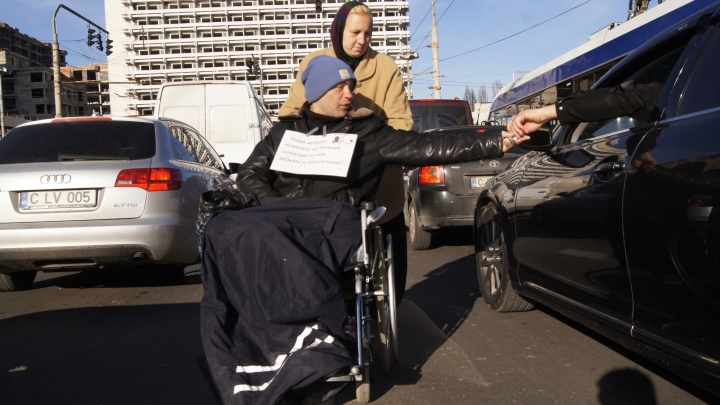 Tens of underage kids who came to Chisinau from various districts of the country were tramping and begging through the cars in traffic. They were detained during the raids done by the City Police.

Thus, 30 underage kids with the age ranging between 11 and 16 years, originated from Ialoveni, Criuleni, Nisporeni, Telenesti, and Chisinau, who were begging between the cars in traffic, were taken to the foster home “Vatra”, being filled perception files towards the local public authorities.

At the same time, were found people who, while begging through cars, were putting in danger their lives and the lives of other people. In this context, were drawn up protocols for the defiance of the traffic rules by the pedestrians to the road traffic, because the current legislation does not foresee the fines for begging.

Also the Police Inspectorate of Rascani sector found a 19-year old man, who was begging in an invalid chair, giving the impression of being invalid. He was taken to the inspectorate and fined for breaking the traffic regulation.

The City Police did over 300 prophylactic raids, 59 of which were done jointly with the children rights protection bodies. According to the law on special protection of child placed in risky situations and children separated from parents, the tutelary authorities have attributions for following and promoting the child’s superior interest.