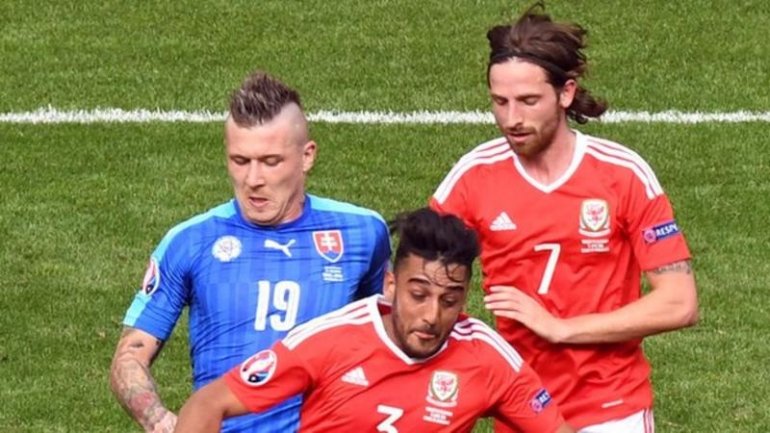 Midfielder Joe Allen and defender Neil Taylor have returned to the Wales squad for their trip to Moldova in the 2018 World Cup qualifiers on Tuesday.

The pair missed Wales' 1-0 win over Austria on Saturday that kept alive their hopes of going to Russia.

Wales are four points behind leaders Serbia with three games left in Pool D while winless Moldova are bottom.

"He just gives you something extra in midfield. David Alaba would never have got the room, space and time that he had in the first half against Austria if Joe was playing.

"I'm not sure about Neil Taylor. Wales manager Chris Coleman is a big fan of his... he's served his two-match suspension and it gives us another option on that left hand side.

"But it all depends how Chris goes, whether he wants to go with four at the back or whether he'll carry on with the five.

"James Collins has got loads of experience, is still playing at the top level with West Ham, so I am surprised he's been left out.

"What happens if either James Chester or Ashley Williams pick up an injury?

"But maybe this might spell the end for James Collins, certainly he'll be disappointed to be released from the squad because Ethan Ampadu and Tom Lockyer are very inexperienced.

"Lockyer is playing at Bristol Rovers - not the highest of levels - and Ethan even though he's moved to Chelsea he's only playing under-23 football, so it's a big call."