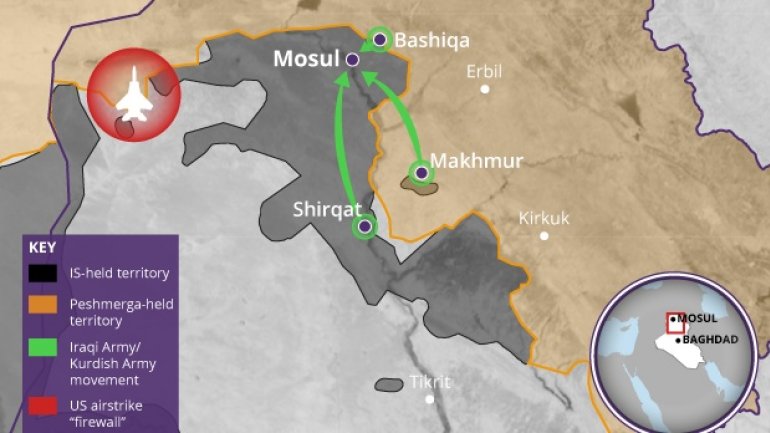 Iraqi Shi'ite militias said on Saturday they had launched an offensive towards the west of Mosul, an operation that would tighten the noose around Islamic State's Iraq stronghold but could inflame sectarian tension in the mainly Sunni region.

The battle for Mosul is expected to be the biggest in the 13 years of turmoil unleashed in Iraq by the 2003 U.S.-led invasion which toppled former president Saddam Hussein, a Sunni Muslim, and brought Iraq's majority Shi'ite Muslims to power.

A spokesman for the Shi'ite militias, known as the Hashid Shaabi (Popular Mobilisation) forces, said thousands of fighters "started operations this morning to clean up the hotbeds of Daesh (Islamic State) in the western parts of Mosul".

The city is by far the largest held by the ultra-hardline Sunni Islamic State and its loss would mark their effective defeat in Iraq, two years after their leader Abu Bakr al-Baghdadi declared a caliphate overlapping Iraq and Syria from the pulpit of a Mosul mosque.

The Shi'ite militias aim to capture villages west of Mosul and reach the town of Tal Afar, about 55 km (35 miles) from the city, the Hashid spokesman said. Their goal is to cut off any option of retreat by Islamic State insurgents into neighboring Syria or any reinforcement for their defense of Mosul.