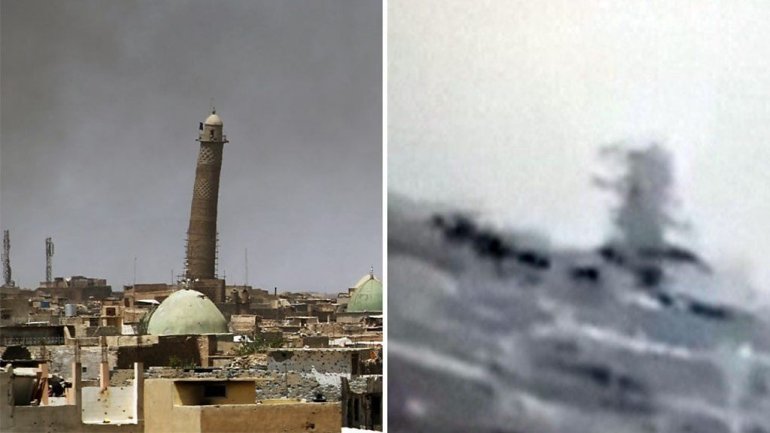 Iraqi Prime Minister Haider al-Abadi says the destruction of an ancient mosque in the city of Mosul is "an official declaration of defeat" by so-called Islamic State (IS).

Iraqi forces say IS blew up the Great Mosque of al-Nuri and its famous leaning minaret as jihadists battled to stop advancing pro-government troops.

IS said American aircraft had destroyed the complex, a claim denied by the US.

The mosque, which was more than 800 years old, was where in July 2014 IS leader Abu Bakr al-Baghdadi demanded allegiance in his first and only public appearance following the declaration days earlier of a "caliphate".