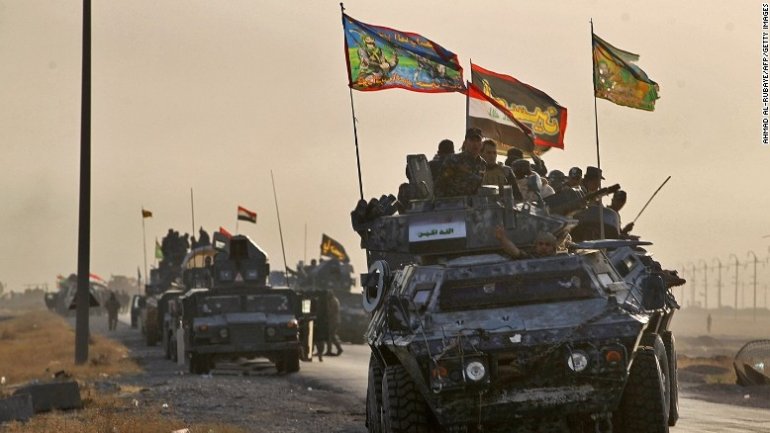 It has taken two years of training a demoralized army, backed up by the air cover and special forces of the world’s greatest powers, for Iraq to mount an offensive to recapture Mosul from Islamic State.

Almost week into the U.S.-led onslaught, many of those running the campaign say the battle to retake the city could be long and hard. But they have also identified what they think is a chink in the jihadists' armor.

If local fighters in Mosul can be persuaded to drop their allegiance to Islamic State, there is a chance that the battle can be brought to a more speedy conclusion, and that could have major implications for the future of Iraq.

Against a background of splits and rebellions in the Islamic State ranks in Mosul, some opposing commanders believe that a successful attempt to win over those local fighters could mean the battle lasts only weeks rather than months.

Mosul, Iraq's second biggest city, is where IS leader Abu Bakr al-Baghdadi declared his Sunni caliphate in 2014, after his alliance between millenarian Islamists and veteran officers from the disbanded army of Saddam Hussein roared back into Iraq from bases they set up in the mayhem of Syria's war. Five Iraqi army divisions melted away before jihadis numbered in hundreds.

Now the battle to retake Mosul pits an unwieldy coalition of a 30,000-strong Iraqi regular force backed by the US and Europeans, alongside Kurdish and Shi’ite militias, against jihadis who have exploited the Sunni community’s sense of dispossession in Iraq and betrayal in Syria.

Not just its outcome but the political sensitivity with which this battle is handled could determine the future of Islamic State and Sunni extremism, as well as the shape of this part of the Middle East, which is being shattered into sectarian fragments.

Islamic State fighters, estimated at between 4,000 and 8,000, have rigged the city with explosives, mined and booby-trapped roads, built oil-filled moats they can set alight, dug tunnels, and trenches and have shown every willingness to use Mosul’s up to 1.5 million civilians as human shields.

Islamic State would seem to have a plentiful supply of suicide bombers, launching them in scores of explosives-laden trucks against Kurdish peshmerga fighters converging on Mosul from the east and northeast, and Iraqi forces, spearheaded by counter-terrorism units, advancing from the south and southwest.

"Mosul will be a multi-month endeavor. This is going to take a long time," a senior U.S. official said in Iraq.