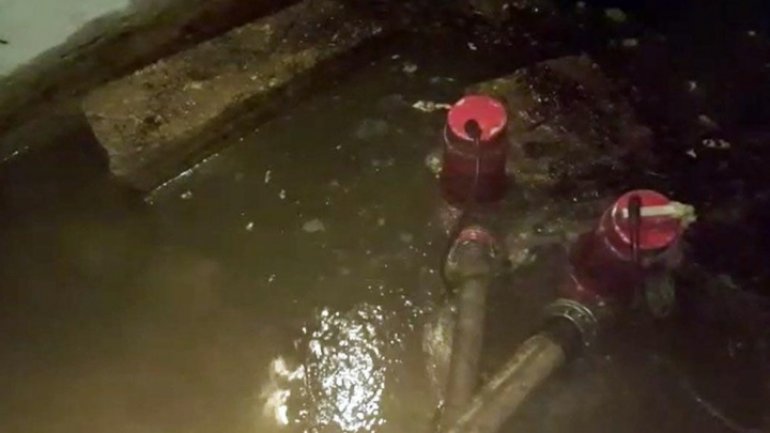 Basement of a block in the Riscani sector (Chisinau) has been filled with water for few days. However, specific measures remain unknown.

A beauty salon alike suffer the same issue. The water penetrated into the beauty salon on Saturday evening and has flowed continuously. Therefore, the hairdressers and manicurists have postponed all their appointments and got rid of flood water.

"It came so suddenly that half of the salon was full", said the owner of beauty salon, Nadejda Vieru.

The patron of the beauty salon complains that nobody wants to take action.

"This situation happens seven times a year. I suffered the same thing last month, I called the locksmith million times but he refused to come because he was at the table. I couldn't find the director of Municipal Enterprise 20."

Employees of the municipal enterprise said they would fix the problem, but did not guarantee to get rid of problem.

Although a team from the Water Canal was working in the yard, the basements were still full of water. And the tenants who were without tap water today were dissatisfied.

"I have been living in this building for over 40 years and the pipes have not been changed since then."

The Chief Architect of the Municipal Enterprise says it all happened because of the increased pressure in the pipes, which eventually yielded. He further states that they were all changed in 2005.

According to the company's employees, the problem will be remedied in the day.