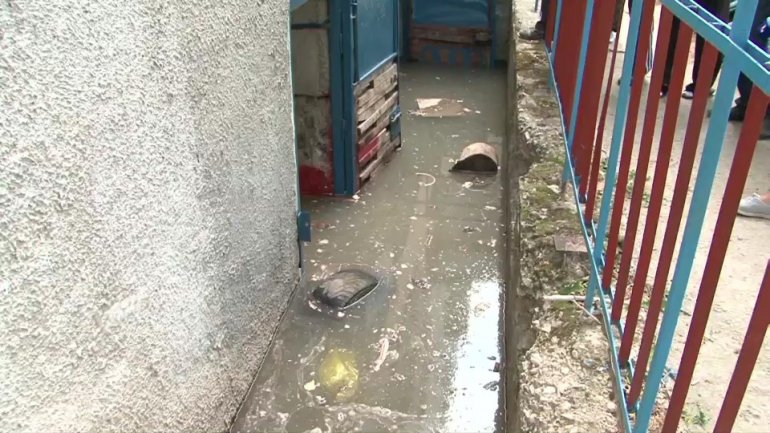 The basement of an apartment block from Botanica sector, Chisinau, was completely flooded, due to a broken pipe. People used the space to store bottled food and equipment, but now that the water rose to 2 meters, everything is floating around. The apartments from the block also ended up with an awful smell.

The information was given to us by a desperate eyewitness, who claims that the basement was flooded since early morning.

People believe the cause to be an old cold water pipe that was repaired numerous times:

"We pay for their services and yet they come and fool around".

"This problem will only be solved if we take the matters into our own hands".

The people got angry that the representatives from "Apă Canal-Chişinău" (Water Canal Chisinau) have arrived only in the evening to deal with it, despite being called since morning.

"We have been waiting since 10 AM, nothing. I returned home around that time, but by then the basement was already flooded" mentioned one of the eyewitnesses.

Workers claim that due to multiple calls they were busy and couldn't arrive earlier.

According to "Apă-Canal Chişinău", only in August, over 900 calls were made due to broken pipes.