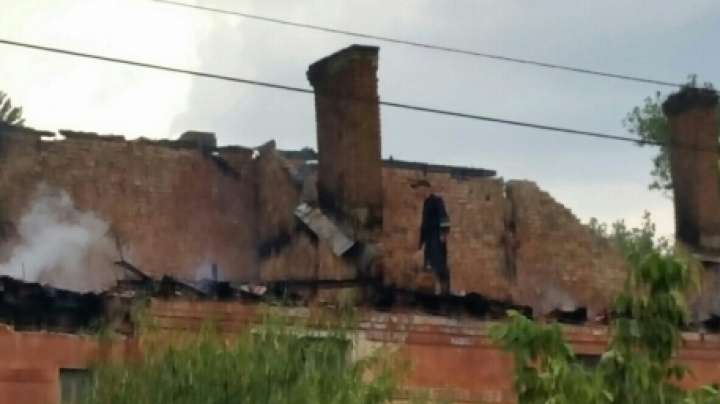 A block of flats in Basarabeasca town was on fire yesterday afternoon. The fire has erupted because a housekeeper has forgotten food on the stove fire. Five fire trucks were on the spot to fight the flames.The second floor and the roof are destroyed. Nobody was hurt.

In the two-story building liver eight families. People are desperate and say they have nowhere to go.

"Where will you go now? - I do not know, we'll stay in the streets. We have a kitchen near and we will sleep there. Where to go? Nobody needs us" , said a resident.

"We can not live in the apartment, because the roof is destroyed. The walls are still wet, water is still dripping from the ceiling" , said a woman.

"We were not home. My son came and saw the smoke. Everything is burner, the closet, TV" , said another person.

The Mayor said that the flood victims will be staying temporarily in a building in the village.

"People will be assigned in another building. We have identified the first solutions. Some of them will go to the relatives" , said Mayor of Basarabeasca town, Valentin Cimpoieş.

"Emergencies Service representatives will establish the fire caused damage: "Basically the roof is burnt. Material goods from the first four apartment were evacuated."

According to local authorities, the buiding was built 60 years ago.