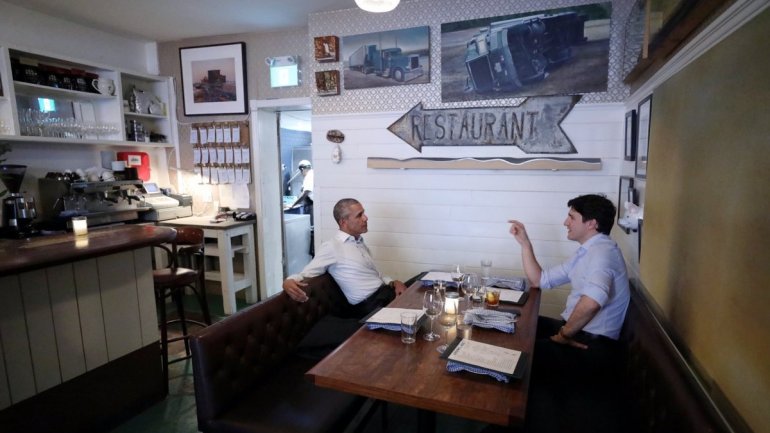 Former President Barack Obama was spotted having dinner with Canadian Prime Minister Justin Trudeau on Tuesday after Obama’s speech at the Palais des congrès in Montreal, which was organized by the Board of Trade of Metropolitan Montreal, aol.com mentions.

This was the former president’s first visit to Canada since he left office in January.

How do we get young leaders to take action in their communities," Trudeau wrote. "Thanks Barack Obama for your visit and insights tonight in my hometown."

The Obama Foundation also shared the photo and also mentioned their conversation:

"Tonight in Montreal, Barack Obama and Justin Trudeau discussed their shared commitment to developing the next generation of leaders," the foundation wrote.