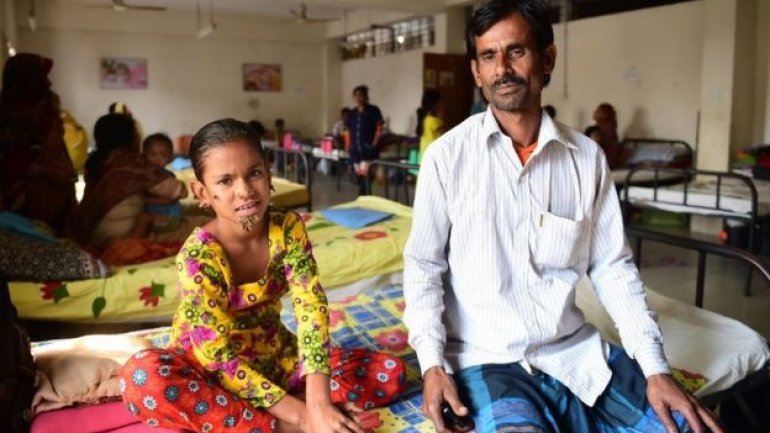 A young Bangladeshi girl with bark-like growths on her face could be the first female afflicted by “tree man” syndrome, doctors studying the rare genetic condition said on Tuesday. Sahana Khatun, 10, has growths on her chin, ear and nose, but doctors at Dhaka’s Medical College hospital are still conducting tests to establish if she has the unusual skin disorder.

Fewer than half a dozen people worldwide have epidermodysplasia verruciformis but none so far have been women, said Samanta Lal Sen, the head of the hospital’s burn and plastic surgery unit. “We believe she is the first woman,” Sen said.

Her father, a poor labourer from Bangladesh’s rural north, said he didn’t worry too much when the first warts appeared on his daughter’s face about four months ago. But as the growths spread rapidly, he grew concerned and brought Khatun from their village to the capital for treatment.

Another of Khatun’s doctors said the young patient was displaying a milder form of the disease, and it was hoped she would make a quicker recovery than those in the more advanced stages. The hospital has been treating one man with a serious case of the disease for the better part of a year, conducting 16 surgical procedures to remove giant warts from his hands and legs, informs The Guardian.