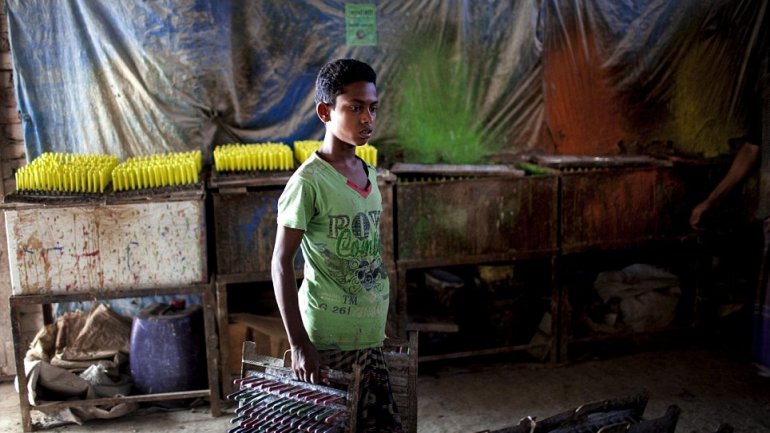 A 13-year-old boy has died in hospital in Bangladesh after an apparently gruesome assault at a spinning mill, informs BBC.

Police say the reason for the incident is not clear but the teenager's colleague has been arrested and his family are seeking murder charges.

This is the third such incident in just over a year in Bangladesh.

Police said it happened at the end of the day when the two workers were using the air hose to remove cotton stuck to their bodies.

In July a 10-year old boy, Sagar Barman, was killed in a similar incident at another spinning mill in Narayanganj.

Three teenage boys later admitted assaulting him "as a bit of fun", local media reported, but did not intend to kill him.

The 13-year-old boy had air pumped into his body by his colleagues in retaliation for leaving his job as a mechanic.

Two men were subsequently sentenced to death for his murder, which triggered protests.

Child labour is common in Bangladesh, with many children working in unofficial garment factories, often in harsh conditions.