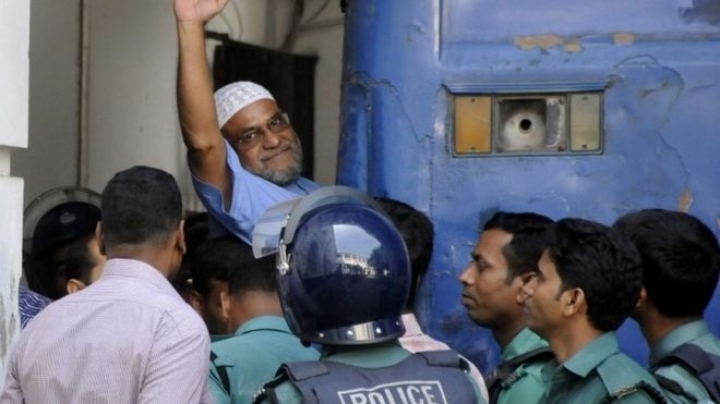 A leader and financial backer of the biggest Islamist party in Bangladesh has been executed for war crimes committed during the war of independence from Pakistan in 1971, reports BBC.

Media tycoon Mir Quasem Ali, 63, of the Jamaat-e-Islami party, was sentenced to death two years ago. He had been convicted of offences including murder and torture.

The tycoon was hanged at a high-security prison outside Dhaka on Saturday evening.

He was arrested in 2010 and convicted in 2014. He declined to seek a presidential pardon, which would have required an admission of guilt.

A huge security operation was staged before and after his execution. Previous executions have led to huge crowds demonstrating both in support and against them.

An ambulance carrying Ali's body emerged from the jail in the early hours of Sunday and took it to his home village in Manikganj for burial.

Ali's wife Khandker Ayesha Khatun told reporters at the jail that the family wanted to bury him in Dhaka, but this request was refused by the authorities.

His execution follows several attacks by Islamist militants in Bangladesh, including an assault on a cafe in Dhaka in July in which 20 hostages, most of them foreigners, were killed.

At his trial, Ali had been accused of involvement in a "reign of terror" in the city of Chittagong. He was found guilty of eight of the 14 charges he faced including the abduction and killing of a teenager who supported the creation of a state independent from Pakistan.

Six opposition leaders have now been executed for war crimes since the Prime Minister, Sheikh Hasina, set up a war crimes tribunal in 2010. Five were top leaders of the Jamaat party.

The International Crimes Tribunal have so far sentenced 24 people to death and 18 to jail for varying terms on charge of genocide and crimes against humanity.

Critics of the court say the government has been using the tribunal to target political opponents. Human Rights Watch has previously said the court's procedures are not up to international standards.

Ms Hasina's government has defended the trials, saying they are necessary to heal the wounds of the conflict.

Government figures suggest as many as three million people died in the nine-month war to secede from Pakistan, although some say the number of deaths is unverifiable and probably less than that.